May is wrapping up, and I almost forgot to do a 101 post for the month, so here I am- squeezing it in at the last moment- responsible. Anyways, if you’re not familiar with my 101 posts, it’s where I learn a little bit more about countries, based off the map of views in the stats menu! With this technique, I feel more connected with these countries and am more open to their culture. I also suck at all things geography, so really these posts are helping me not be an ignorant American.

First off, where in the world is Lebanon? It’s that tiny speck of bright blue by Syria. Oh that’s right, just across the way from Oman, how convenient (Side note: I love how all the places I randomly pick just happen to be in the same general area)(you know, globally speaking)(like what are the odds?)

Lebanon looks quite small in the above picture (not that size matters or anything..)

BUT BAM- now it’s looking like a proper country aha –>

According to the ever-trustworthy Wikipedia, “Lebanon is divided into six governorates (mohaafazaat, Arabic: محافظات – ‎;singular mohafazah, Arabic: محافظة ‎) which are further subdivided into twenty-five districts (aqdya-singular: qadaa). The districts themselves are also divided into several municipalities, each enclosing a group of cities or villages.”

Basically, Lebanon is made of 6 ‘governorates’ that have 25 districts each, which consist of many cities and villages. And I thought Lebanon was small, tiss tiss. (I just looked up how big Lebanon is and it’s about half the size of New Jersey)(it’s cool)(it’s fine)

The capital of Lebanon is Beirut.

I don’t know about you guys, but I dig the waterfront property (let’s just hope it doesn’t rain too much or anything).

Also, I noticed that there were mountains in the background, which I just looked up- they are called the Lebanon Mountains (how fitting) and the expand almost the entire length of Lebanon! Is it just me, or is that cool af? 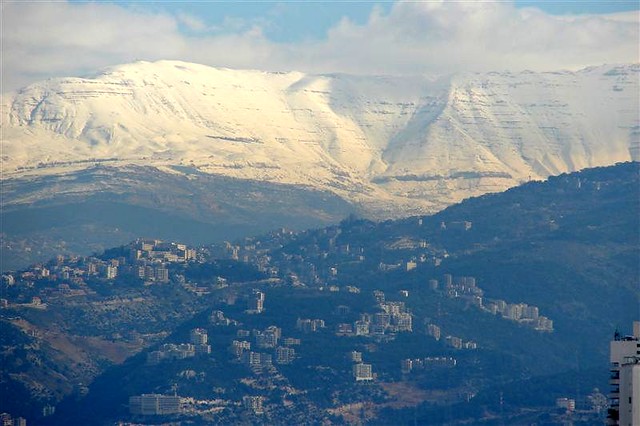 This picture looks like it’s straight out of a movie or something!

The mountains are in the background of nearly all the pictures of Lebanon. I can’t get over how beautiful they are!

I suppose the mountain range goes straight through Lebanon (kind of like if the country had a spine)(just me?)(K cool).

I found this awesome website that showed a bunch of quick facts about Lebanon. For instance, Lebanon’s government type is a parliament republic (similarly to Canada)! Also, their currency is a Lebanese pound (LBP), which converts roughly to around 0.00066 of a US dollar. One US dollar is worth 1511.50 LBP.

The official languages of Lebanon are Arabic, English, and French; however, the native and spoken language is Lebanese. (if you want to learn a little bit on how to say the basics: here’s a video! It’s only 2 minutes so why not aha) Marhaba! Esmeh Alli! 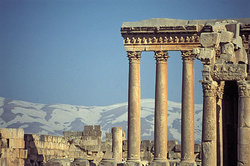 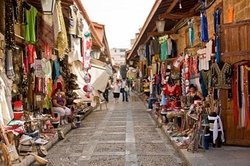 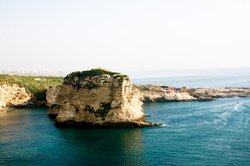 Lastly, I always like to share the country’s national anthem, so here’s a link to it! Also, the anthem explains how the tree on the flag is a symbol for eternity and immorality, I dig it aha.

So that’s a quick little tour of Lebanon! I hope you guys enjoyed getting to know Lebanon a bit better! I had no idea how beautiful Lebanon is, and I had a lot of fun learning more about the country! If you know any more cool facts about Lebanon, please comment! I’d love to know more about it! Thanks for reading!